10 Golfers to Watch in the LPGA 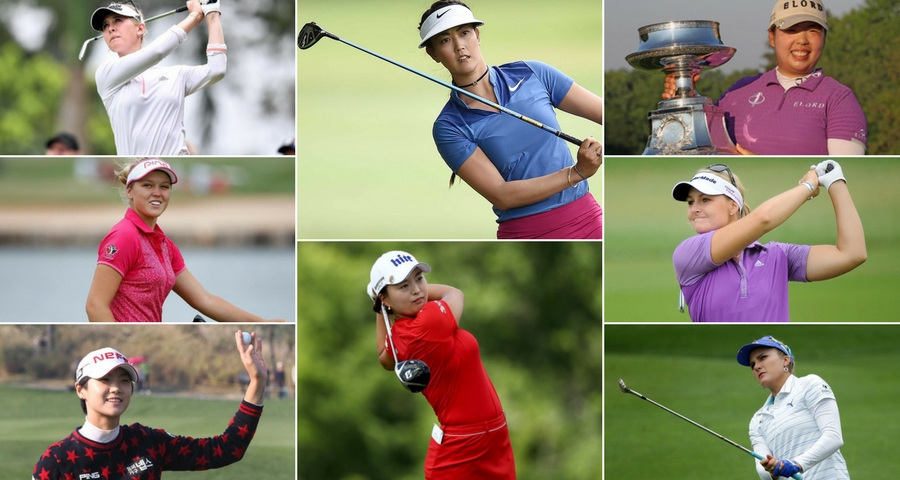 March has been recognized as National Women’s History Month, so what better way to celebrate than by giving a rundown of 10 Female Golfers in the LPGA that we are watching.

As we quickly approach the 5th tournament of the year, The Bank of Hope Founders Cup, the field has been set. There is so much talent in the LPGA, it’s hard to keep track of who’s on top and who to keep an eye out for, so let us break it down for you!

Coming fresh off her win at the HSBC Women’s World Championship and an 11th place finish at the Honda LPGA in Thailand, is Michelle Wie. Having been around since 2009, Wie is looking for a comeback and to make 2018 her year.

Jessica Korda got her rookie start in 2011 and since then has taken home 5 victories. Although she had a minor setback last year with a wrist injury, she has made a full recovery and she showed it with her win at the Honda LPGA Thailand.

2018 Rookie, Jin-Young Ko is off to a tremendous start, coming off a victory in October at the LPGA KEB HanaBank Championship and following it up with another win at the ISPS Handa Women’s Australian Open. Ko leads the race to the CME Globe Season and shows no sign of slowing down.

Two other women who are fairly new to the scene, Brooke Henderson and Sung Hyun Park, are two contenders not to be looked past. Henderson came onto the scene in 2015 and has had 5 victories, while Park is a 2017 rookie with 2 career wins under her belt already.

Other notable players to watch out for as the year ramps up are 2017 Founders Cup winner Anna Nordqvist, Second place finisher at the Honda LPGA Thailand; Lexi Thompson, Shanshan Feng who has had 9 career wins, as well as Danielle Kang and Lizette Salas.