Coaches Corner- What is Neutral? 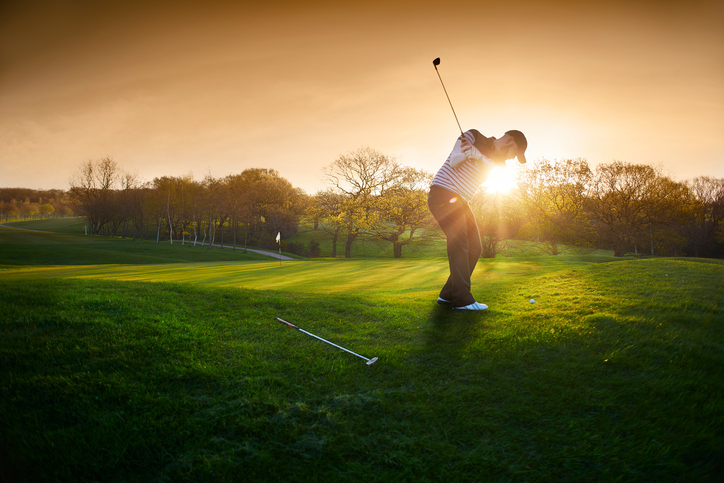 One of the most commonly misinterpreted phrases in golf is the word “neutral”.  Golfers come in all different shapes and sizes, but the basic fundamentals of a neutral address, impact position and finish are all equal. The game of golf is difficult enough without having the body required to do the extra manipulation to find its balance before, during and after the swing. Our golf swing will be the most consistent, by eliminating the body’s extra inconsistencies

The most common phrase we as coaches hear in golf is “I want to be more consistent” but the problem is most golfers don’t do anything consistently. The body is nothing but a counterweight, its only job is to try and stabilize itself during the golf swing but it’s nearly physically impossible if it was never balanced at the address, to begin with.  Being neutral will help minimize those inconsistent shots and help maximize shot efficiency.

The body’s most balanced position at address is when the shoulders, hips, knees, and ankle are centrally aligned at address. 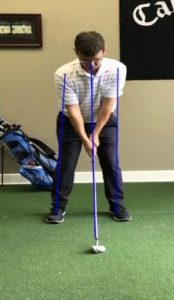 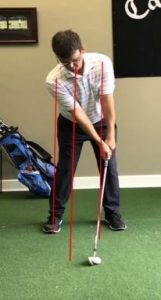 The reason why being neutral is so important, is the less manipulation the body has to encounter during the swing, the higher the golfer’s success rate will be to hit consistent shots.

Our hands have a tendency to return to the body’s center of gravity at impact so if it’s not neutral at address, then this will lead to possible inconsistent contact; mainly thin or heavy. The less manipulation the body does during the swing, the less the hands and wrist have to save the shot at impact. Simply by rotating the body appropriately at impact, we have created more time and space for the hands to return to neutral. 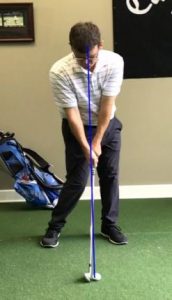 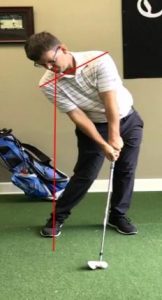 When our hips and shoulders increase tilt at impact, we decrease rotation; forcing the hips and shoulders to move in opposite directions. Therefore; giving the hands and wrists less time and space. Remember: if you’re tilted, you can’t be turning!

The most balanced position at the finish is when the shoulders, hips and left ankle are all aligned from top to bottom. 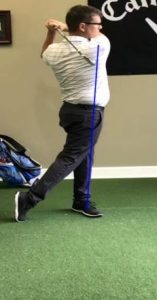 Also, when the shoulders and hips are parallel with the ground. 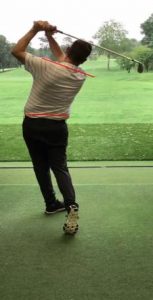 Start to review your finish position by getting a general idea of where your hips and shoulders are facing when you finish your swing; we want them to finish at the target. Most of the common mistakes are the body being under or over rotated at the finish; so if the body finishes over-rotated (left of the target), then it was underrotated at the top of the backswing. If the body finishes under-rotated (right of the target), then it was over-rotated at the top of the backswing. Every golfer has a certain amount of rotation throughout their golf swing, so start reviewing instead of reacting. Understand what your body’s tendencies are, and adjust accordingly. For more information, please do not hesitate to contact me directly at sadland@fccva.com or (434) 245 7601.

Scott Adland is a native of Sydney, Australia and spent the last eight years as a lead coach and director of instruction at The Legacy Golf Resort in Phoenix, AZ. Scott played professionally on the Australasian and Nationwide tours for nine years and competed in multiple Australian Open and PGA Championships. Scott graduated from the PGA Academy of Australia with distinction honors in both playing and coaching, ranking 1st in the state and 6th nationally in 2001.