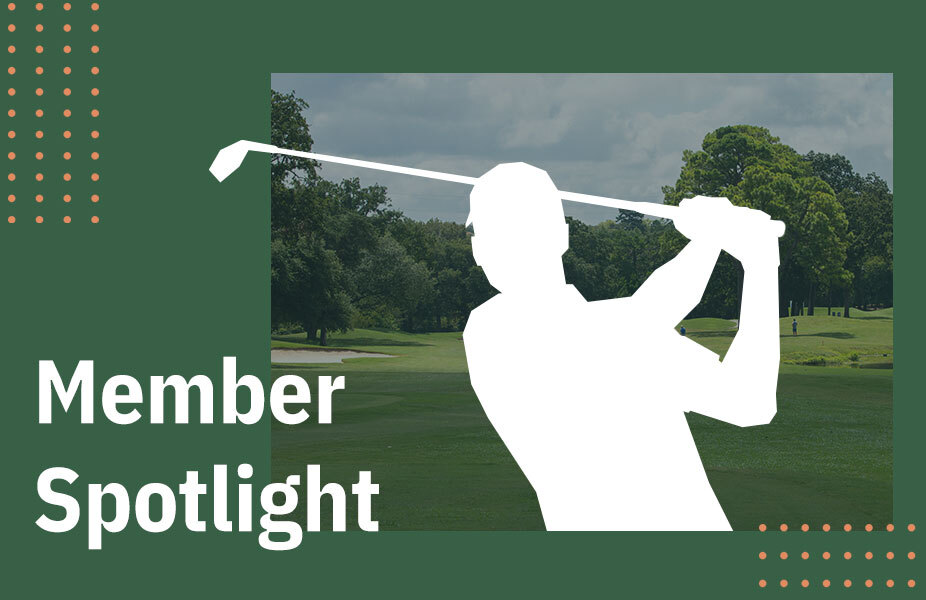 When you fall in love with the game of golf, you put yourself in a position to play as much as you can. Rob Bloom fell in love with the game years ago when he was working as a detective in New York, but found a way after retirement to extend the golf season by moving to Southern Florida where he can play year-round. Competitive by nature, Rob is hyper-focused on his craft and is constantly working to improve. When Rob discovered Golfshot in 2010, he had been playing for 20 years and had an established handicap of 15. For the last decade, he has been more committed than ever to improving on the course and has been able to move his handicap to 6.2. While improving his skills over the past decade, advancements in mobile technology and apps like Golfshot GPS have become a solution for Rob and millions of other golfers. He even participated in the beta testing groups who helped us build Golfshot’s Automatic Shot Tracking feature for Apple Watch.

Rob isn’t playing around on the course, he’s working hard every day to hone his craft. For the last 10 years and 1,063 rounds, Golfshot GPS has been an important part of his routine to achieve success on the course. With his 6.2 handicap and a bomb drive, Rob knows that the gains he will find out there are ever smaller now, but the reward is just as fulfilling as ever: “Every round adds another memory to the bank.” he said.

As an avid golfer, competition play has always been a top priority. In 2021, Rob entered 33 tournaments with the Florida State Golf Association and has been able to pull off some amazing results so far; 25 top 10 finishes including his most recent 7th place finish at TPC Sawgrass, 13 top 5s, and two wins. Rob is no stranger to competing and shows up time and time again, as reflected by these numbers.

For the past several years, Rob’s wife has also found interest in the sport; he has enjoyed sharing the interest with her and watching her passion for the game grow. Aside from playing golf, he also has a passion for travel, though traveling has become more challenging since the onset of the pandemic. Two years in a row, he and a close group of 30 friends have pushed back plans to meet in Scotland to fulfill a lifelong dream of playing on the prestigious Old Course at St. Andrews. Though it has been a disappointment to push back plans due to travel restrictions, that isn’t going to keep Rob from exploring other amazing courses that are within reach. Recently, Rob visited The Grand Canyon State to see what the Sonoran Desert had to offer concerning world-class golf courses. I had the pleasure of meeting up with Rob, and the two of us played an 18 hole round at O’odham, a links-style Golf Course at Talking Stick Resort. I must say, he plays well.

As a 24+ handicapper and the Senior Product Manager for Golfshot GPS, I’ll admit that I had some nerves meeting up with Rob for a round. My goal was to just keep up, and have a good time.

After the front 9 at O’odham, I was +9 (net -3). Foolishly I thought I might have a chance to make a bogey round, but that quickly evaded me on the back 9 of this challenging links course. Rob however shot +4 on the front 9, and gave up just one stroke on the back, taking his Gross Score for the round to 75, +5 (net -1).

Rob had spent the week in the Valley of the Sun and hit both TPC Scottsdale courses posting a 77 at the Stadium Course, and a low 73 on the Champions Course. Testing out courses and the climate in the Phoenix/Scottsdale area was on the agenda for Rob, as he thinks of Phoenix as a potential second home, but he was also out testing the new PXG 0811 X GEN4 Driver to see what he could do off the tee with it.

Rob gave some credit for his low score to that PXG Driver he was testing. One 275 yard drive after another, hitting 79% of fairways according to Golfshot Statistics. This is one trick that keeps Rob shooting low scores; keep it in the fairway. The distances he achieved were up there with what he expected, gaining maybe a few extra yards here and there. The accuracy and consistency were reassuring that the club felt good in his hands. Rob also goes for the green by leveraging the distance information from Golfshot on his Apple Watch; His Golfshot GIR score for the round shows that he hit 72% of Greens in Regulation. Another trick Rob employs is taking his time on the green to walk the distance and feel the surface of the green with his feet. Rob knows that not every ball is going to go in, but he does a fantastic job at giving himself opportunities for birdies and his recovery ability keeps him competitive.

Though I didn’t play well enough to include my total score when publishing this article, it was a fantastic opportunity for me to get to know an important member of the Golfshot Community. Rob is a great golfer, and now a good friend. Next up, Rob is heading home to Boca Raton before a tournament the weekend of September 25th-26th at Champions Gate Country Club in Florida, everyone at Golfshot wishes him the best of luck in his quest for another victory. As for that PXG driver? Take a look at the tracked shots he recorded with Golfshot; that driver is staying in the bag. He picked up the entire 14 club set before heading back to Florida.