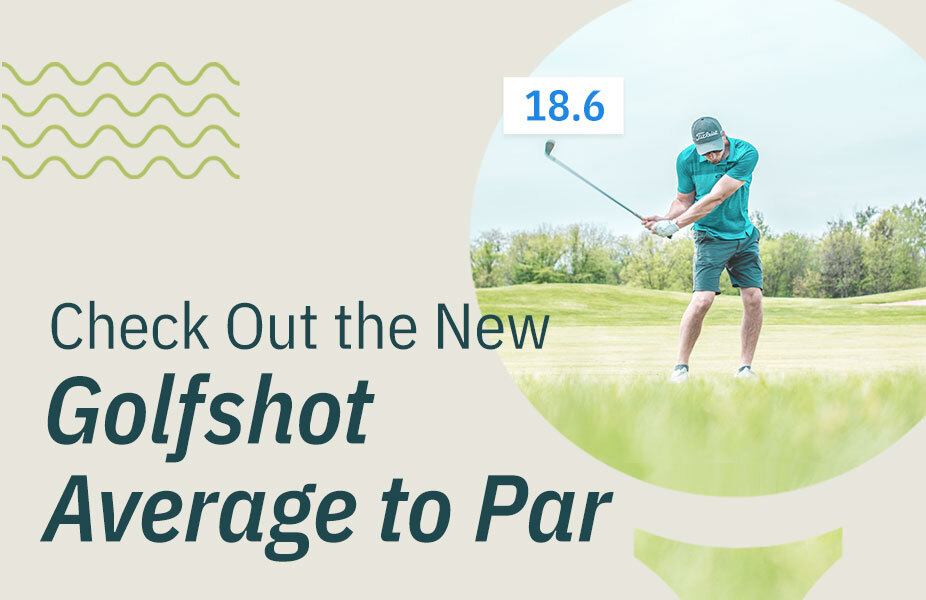 We are excited to announce the new Average to Par calculation within Golfshot that is optimized to follow guidance and updates from the World Handicap System!  We have streamlined our system operations to provide equitable scoring for all Golfshot Members worldwide. Currently, 108 countries are utilizing the World Handicap System to level the playing field of golf and drive consistency within the game.

What is the Average to Par?

Average to Par is a statistic generated by Golfshot which represents a non-official handicap. This value, in a general sense, calculates your typical golf score on any given course in relation to par. A scratch golfer may have an Average to Par near 0, while a bogey golfer has an Average to Par somewhere around 18. A player better than scratch can have a Plus Average to Par, like +3 for example. This value can essentially be applied to the Gross Score for your round in order to generate a Net Score value. This Net Score is considered an equitable score that can fairly be compared to any other Net Score.

The Average to Par is most useful when you are playing against golfers of a different skill level using Net Scoring. The purpose of Net Scoring is to consider the Average to Par for each player and curve the disparity between the player’s ability to provide an equitable scoring system between any playing group.

Golfshot also takes into consideration the difficulty of a given course when calculating a Net Score. Before a round, we use the Average to Par to generate a playing handicap for the round and this value is used to generate the Net Score.

In order to participate in the new scoring methods outlined by the World Handicapping System, we are standardizing the Average to Par feature in Golfshot so all Golfshot Members can use the same system. The new Average to Par will generate your average to par score using a single set of criteria, regardless of where you reside.

This will result in Golfshot Members having the ability to play more equitably among family and friends, and simplifies the overall process for everyone.

Golf has been unique, in the sense that players from all around the world have been playing with their own Scoring Systems, without regard to what others are doing. In the simplest terms, we have all been playing a slightly different game!

This sets a standard for equitable scoring that applies to all golfers everywhere!

For additional questions, you can visit our Average to Par FAQs here or contact support at support@golfshot.com.