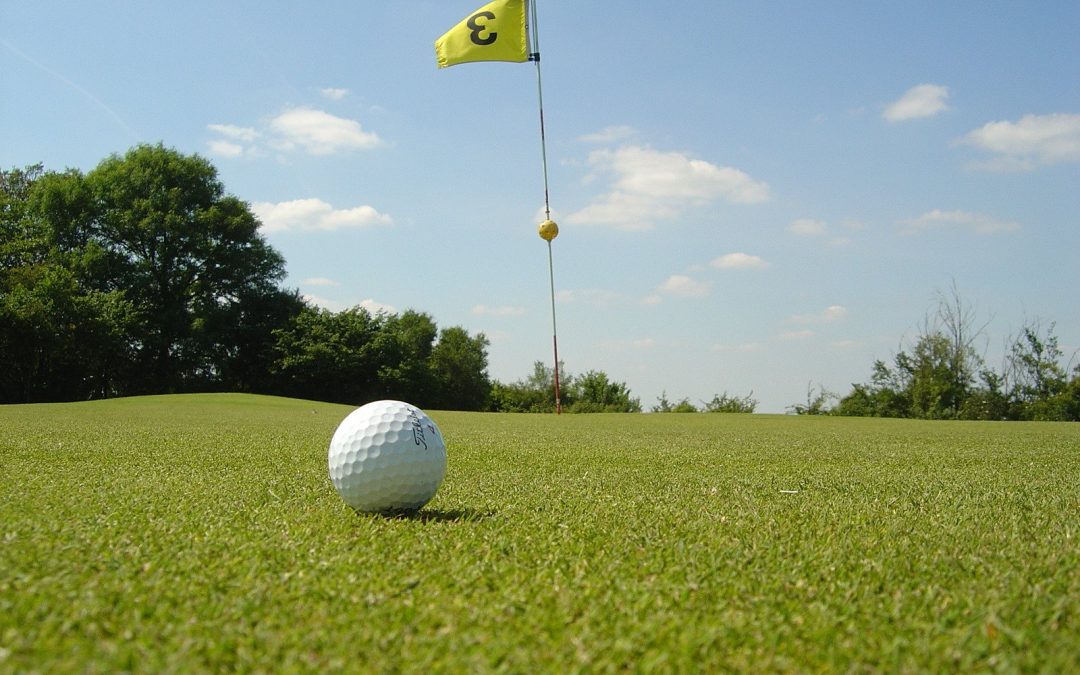 Unlike the full swing, where you need plenty of help from your entire body in order to produce speed and power, putting is all about precision and control. A putt requires very little body rotation so be sure to keep your body as still as possible while the putter swings.

Of course, you need some body parts to be moving in order to make a stroke at the ball. You’ll need to understand what parts of the body are responsible. A good putter uses their shoulders to move the putter, while the arms, wrists, hands are naturally along for the ride.

Imagine a pendulum swinging back and forth, the backstroke equally as long as the forward stroke. By using the shoulders, you can eliminate much of the unnecessary movement that often causes putts to veer offline. As you swing the putter, your lower body should be as still as possible, as should your head.

One good way to focus on keeping your body and head still throughout the stroke is to concentrate on your shoulders rotating around your body while your hands naturally guide the putter on the correct path.

Born and raised in Bermuda, Terence began playing golf at the age of 10. From Bermuda, he moved to Arizona where he played and competed at the state and national level. In 2005, he was part of the Arizona State Championship team. He attended Grand Canyon State University where he played 4 years, earning Conference POY and All American Honors. After completing college, Terence competed in mini-tour circuits around the country before transitioning into coaching. After a few years of coaching full time, he decided to switch gears and use his degree to work with companies that create coaching tools. First working at TrackMan now and soon finding a home at Shotzoom.